So, I've not posted since February.

I'm getting in before the new year though, so that's something I guess.

I'll keep this fairly brief, or I'll lose my nerve and not write anything again.

As of three weeks ago, we live here! 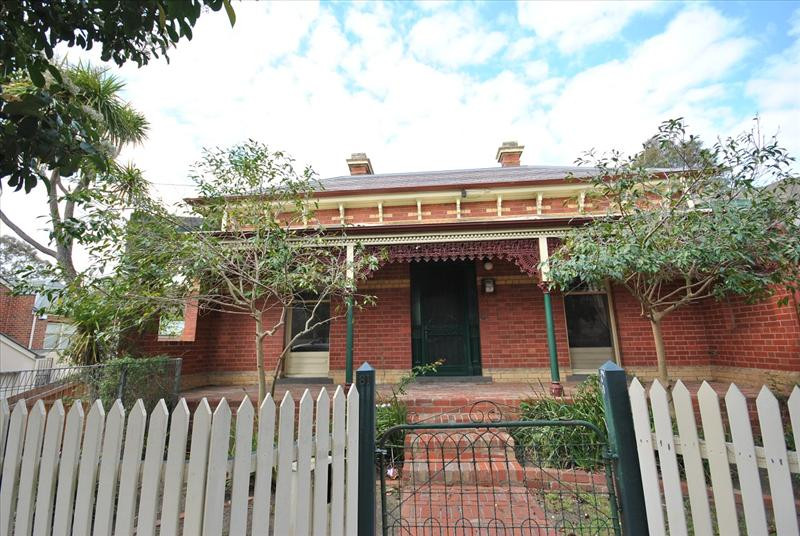 My parents are selling the place we were living, and we didn't want to be there while people were coming through for inspections, so we jumped ship early. Still have a few odds and ends there that I'm going to collect while I'm on holiday.

Speaking of, I'm working now at Monash Unviersity. I got the job after a guy I used to work with at the Library nmentioned it on Twitter - he worked there with another educator I knew from online. As it turns out, they both left in my first two months there - within six weeks of starting I was the longest serving member of my team. The job itself also seemed to change a lot - I've ended up doing less actual education work and more project manangement. I've -- not been enjoying it, shall we say? Sigh. It's settling down a bit now, but I have half an eye out for other stuff. It's a shame really, because I loved the job I left to come to this one, but the new federal government cut the funding, bless their socks.

The bloody federal government. Ugh. I'll just say they're awful and leave it at that.

So, that's a tiny catch-up. We'll see if I can get back in the habit, shall we?

nanila posted this meme: answer these questions for a particular letter. I got S. If anyone wants a go, let me know.

Something I hate: I'm with

nanila here. Hate is not a word I like to use. Hm, here we go - Spite. People who set out to do things with the express purpose of being hurtful to others. Life is hard enough as it is. "Babies - God damn it, you've got to be kind."

Something I love: I guess I'll go with Science fiction. I was a voracious reader as a kid, but I read non-fiction almost exclusively til about grade two. I think it was because I found most stuff pitched at my chronological age painfully infantile. My mum (bless her) was worried about this for some reason. The school librarian said "Don't worry, I've got an idea..." and well, here we are!

Somewhere I have been: Sigh, I've seen a lot of Australia, but I've never been overseas. Sydney, I guess? It's a beautiful city, a place that I love to visit, but I do prefer Melbourne.

Somewhere I would like to go: Yikes. Lotsa places. :P How about Space?

Someone I know: I have a friend who is seriously involved in both the SF and Lego fandoms in Melbourne. She organises conventions, goes to meetings, and seems to devote most of her time to helping other people have awesome experiences. Hi Sue Ann!

Best director: My favourite - I make no claims for best - Henry Selick.

So I've had an interesting few weeks.

I'm going to keep this fairly brief, otherwise I'll intimidate myself out of writing it. Hopefully it might get me back in the habit.

In my last entry, I'd just gotten a new job. The job was with the Global Education Project - we work with teachers to help them bring a global perspective to their teaching. This involved doing professional development at schools, as well as working with preservice teachers as part of their university studies. I've spent the last eight months travelling to primary and secondary schools, working with classroom teachers and curriculum coordinators to try to shape both what they're teaching, and the way they teach. I've also run tutorials and delivered lectures at all of the universities in Melbourne, as well as in Ballarat, Bendigo Geelong and Shepparton. We did some online seminars as well - I'd run those at the Library, the biggest challenge there was upskilling my colleague who was presenting!

It's been fun. I'd never given university lectures before! Feedback was great, for the lectures, tutorials, and presentations. I know I'm a good presenter, so that was never really a worry.

The worry was funding. the Project is funded by the federal government, in particular  AusAID, the foreign aid department. We had an election in September, and sadly, the winners are a bunch of arch conservatives. One of their first acts was to abolish AusAID altogether and cut the aid budget by billions of dollars. We had no word on our funding. At all. We had three changes of manager inside of two months. Everything felt very up in the air.

And then a friend from the Library mentioned on Twitter that they were hiring where he works. I applied. I had an interview - on my birthday. They called within four hours to offer me the job!

So - new new job! I'll be working at Monash University, with their Better Learning and Teaching division. We're responsible for making sure academics are making the most of the ICT the University supplies. I start on the 10th of February. I still have some presentations for Global Ed to do, and Monash have allowed me time off to do them, which is lovely. The main advantages of this job are some stability - I'm there til at least the end of 2015, and the skills base - I'll learn heaps, and let's just say I don't think eLearning will be LESS popular in the next few years. Being an "insider" at universities will also make getting other university jobs a LOT easier.

So that's the big picture.

Starting on the 29th, I will be a project officer with the Geography Teachers' Association of Victoria. I'll be presenting professional development for teachers across the state about the Global Education Program.

I've had what - a dozen interviews and applied for probably hundreds of positions. I'm glad I was able to land a position that suits my talents and skills, eventually. Not a moment too soon either. I was getting a little bit of causal work at the Library, but not nearly enough. Tanya has been pretty stressed being the main breadwinner.

I was feeling pretty good about this one going in. It's very similar to the work I was doing at the State Library, which involved a lot of teacher professional development, in person and online. As it happens, I also know the president of GTAV - she teaches at the school I used to work at, and I'd gotten to know her pretty well. First time I've gotten a hug from a member of the interview panel! The interview went really well. Any concern I had that I might have only gotten that far by knowing the president evaporated pretty quickly.

It's a 0.8 time fraction job (equivalent of four days a week), but it's at a higher pay rate than the Library, so I'm barely losing out money-wise. The only downsides are it's a fair drive form home, and the four days' work is spread over five days. Oh well. I will miss working in the CBD though. No more lunchtime comic shop visits for me.

It's been a bit of a crummy couple of months in a lot of ways.

I finished at the Library at the end of September. Funding just dried up, and I was on a short term contract. I had a bit of money stashed, but it's gone now.

acerbicmuffin is only working casually as well, which makes things double tricky.She took a second job in a shoe shop over christmas to help make ends meet, but she hated it. She's finishing up there soon, as she's picked up some more work at City of Melbourne, which is great. I've been lucky in a way, as I've scored some casual work both back at the Library and through a friend at Melbourne University, which has been brilliant. I've kept up repayments, but not much on top of that. If ONE of us had a full time job, it'd be fine. Both being casual is getting really old. I'm still applying - sent three applications off today. Things are picking up a bit after the christmas slowdown. Fingers crossed.

I've put weight back on that I'd been steadily losing, largely because I've been so sedentary for the last few months. I feel like on some level I can't leave the house because I might spend money. My last lot of bloods were surprisingly good, considering - A1c is a little up, but still in the "target" range, cholesterol, creatinine, etc. all fine. BP is okay, but again has been better. B vitamins down a bit, but that's an easy fix. I need to start exercising more and eat better.

acerbicmuffin's burlesque troupe, Va Va Boombah, have their second performance tomorrow night. I've helped make some of the costumes, and it was great fun!  I also made some dinosaur heads for us for a friend's birthday party:

I've really enjoyed making stuff. This isn't a revelation as such, but it's been a good reminder. I am already plotting the next thing. :D

In other news, I'm still looking for work. I was actually offered a job as an emergency operator but they specifically wanted to cover overnights and weekends, and if you screw that job up, people die. Long story short, if you're losing sleep over a job before you start, it's most likely not the job for you.

I have some causal work coming up through a few sources, but things are starting to get a bit tight.

So, my job at the Library? The one I really love? Wrapping up at the end of September.

But! Before then I have one more regional trip. We're taking out some awesome old-school comics form the collection to Ballarat Ararat and Horsham. That'll be great fun.

Goodness, I've gotten rather bad at this. It's that terrible feedback effect where the longer you go without posting, the less it feels like you have to say. I'm going to make a few posts to catch up on some big things, and see if I can post more regularly.

So, here's one I've promised a few people. Neil Gaiman!